The Fab 5 Family's Pit Bulls and How Pit Bulls Rescued US! Part 3: A Passageway to HOPE 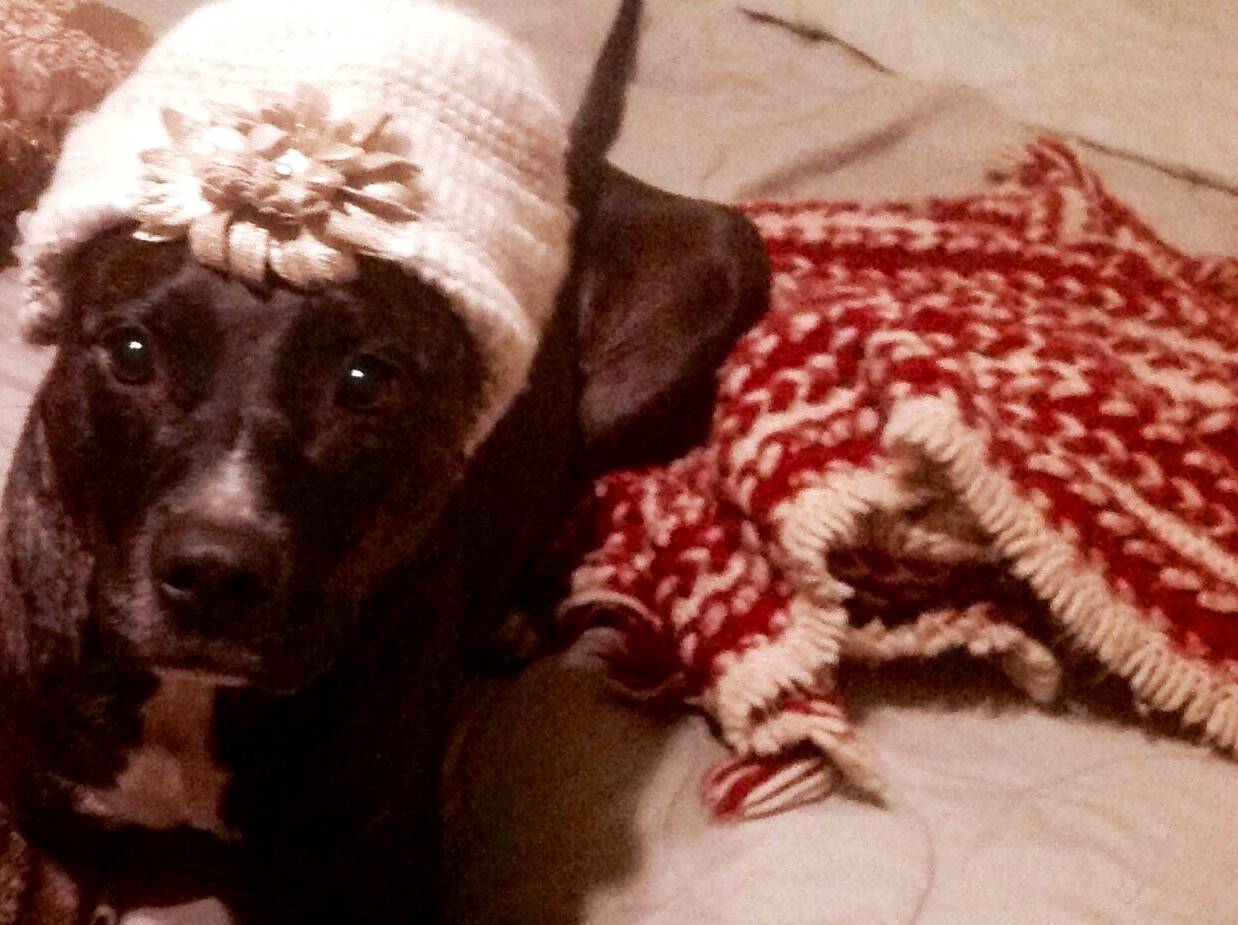 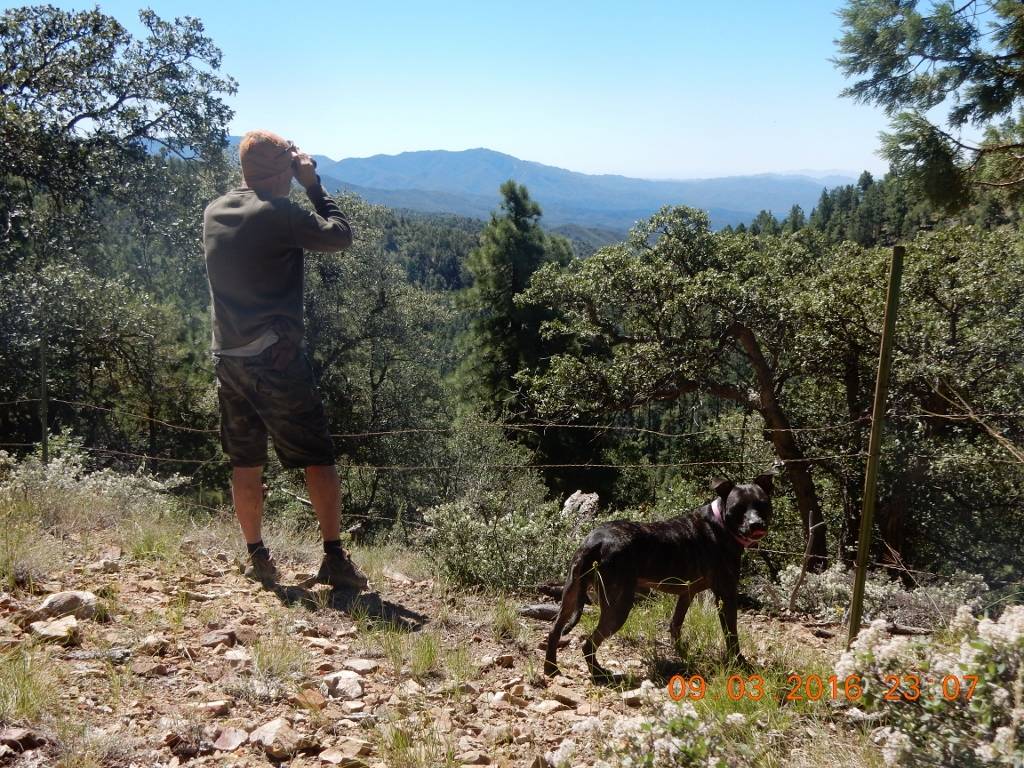 Helping Pops
A 🎁 of...... HOPE
Hoper Marie (AKA Hope) was rescued by Yavapai Humane Society in May 2012 from a Los Angeles kill shelter. She was 11 months old, lived with a homeless person and both were hit by an automobile. Hope desperately needed hip surgery and a forever home. A noble group of amazing people paid to bring her to Prescott, Az. where she received hip surgery and was waiting for someone special to take her home. 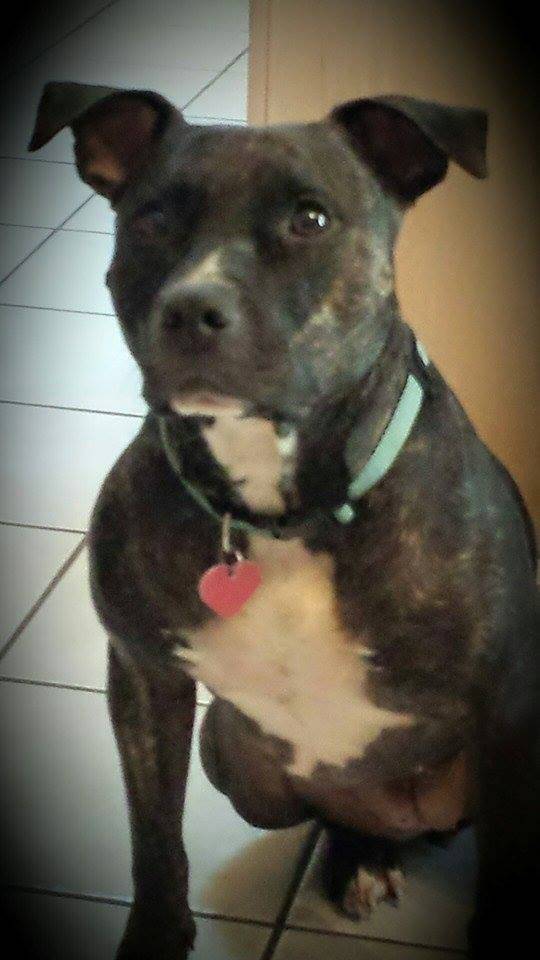 Our son, who also had a near death experience, was recovering from a TBI (Traumatic Brain Injury.) This incident changed or son’s life forever. His plans to return to work and finish his college degree were stalled; crowds caused panic attacks; seizures and migraines became commonplace.
Adding to our family's anguish, our 9-year old family pit bull, Rocky, had recently went to dog heaven and we had no intention of ever bringing another animal into our home! We all were still in mourning and with our son's injury, it was a difficult few years!  Little did we know, our son had been regularly visiting our local humane society and he had not quite found what he was looking for. On one such visit, he spoke of walking past Hope's kennel. He took notice and stopped to look at her as she wagged her tail and sat perfectly still. He hesitated as he wrestled with his feelings for Rocky and decided to leave.
He could not get this adorable angel out of his thoughts! He thought about her name. "Hope." It was hope that was getting him through his ordeal. And like him, Hope was recovering from an injury.  He rushed back to Hope’s kennel and stood frozen in time.  Pondering, a lizard suddenly ran by.  Hope ran playfully after it just as Rocky would do. Anthony immediately texted his family that he was bringing HOPE home, stating "She's perfect; we can go on long walks and rehabilitate together." He found his “Hope” and a lifelong bond was instantly developed. 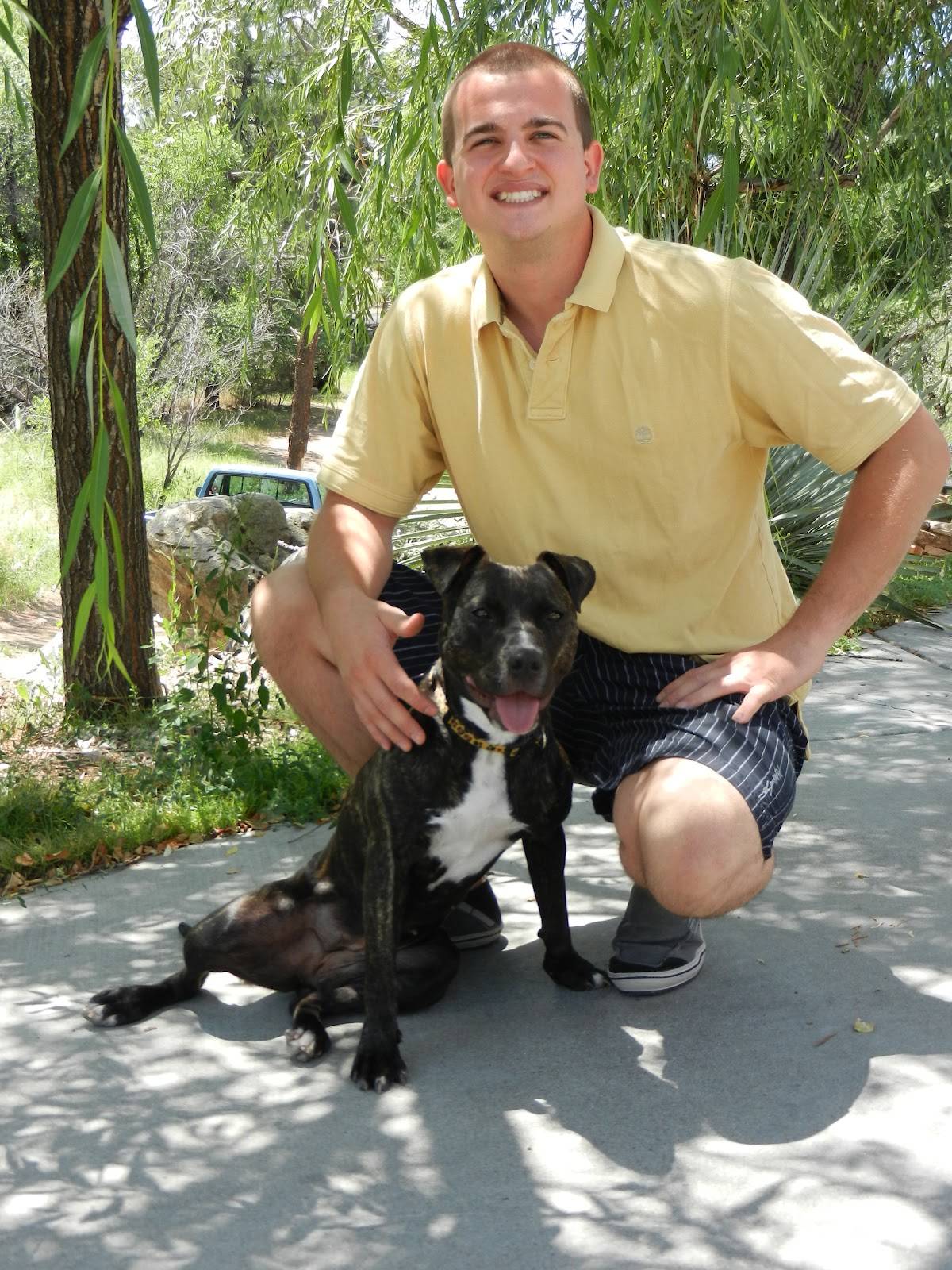 Anthony & Hope
He brought her home and they were partners on their road to recovery for 15 months. They went on slow short walks together and a lot of therapeutic drives on the beautiful off road trails of our city. During this time of recovery, Hope became our son’s service animal. Just when we thought both of them were ready to begin life again, our son acquired bacterial meningitis due to his head  injury. Along with another near death...several other health issues occurred that could have easily taken our son's life....again! HOPE is the actual RESCUER of our son… as she notified us 3 crucial LIFESAVING times when we he had to be rushed to the emergency room.
⏩ Fast forward to...NOW
Hope’s hip and knee were never quite the same even with the first rescue surgery!  She began limping and was in obvious pain. We knew another surgery was inevitable. It was time to give back to this little ANGEL. Another human angel 😇, our son’s human gal, paid for Hope’s second surgery! Is are family full of angels  😇 or WHAT?.. Hope can now walk and run again and is so happy to be by her best friend’s side!  Hope is still crazy about our son and when he comes into a room, she runs to his side in adoring submission. Our son has also bounced back and recovering more every day. Words will never express what Hoper Marie means to my son and our family. She is an angel sent to us in our time of need. 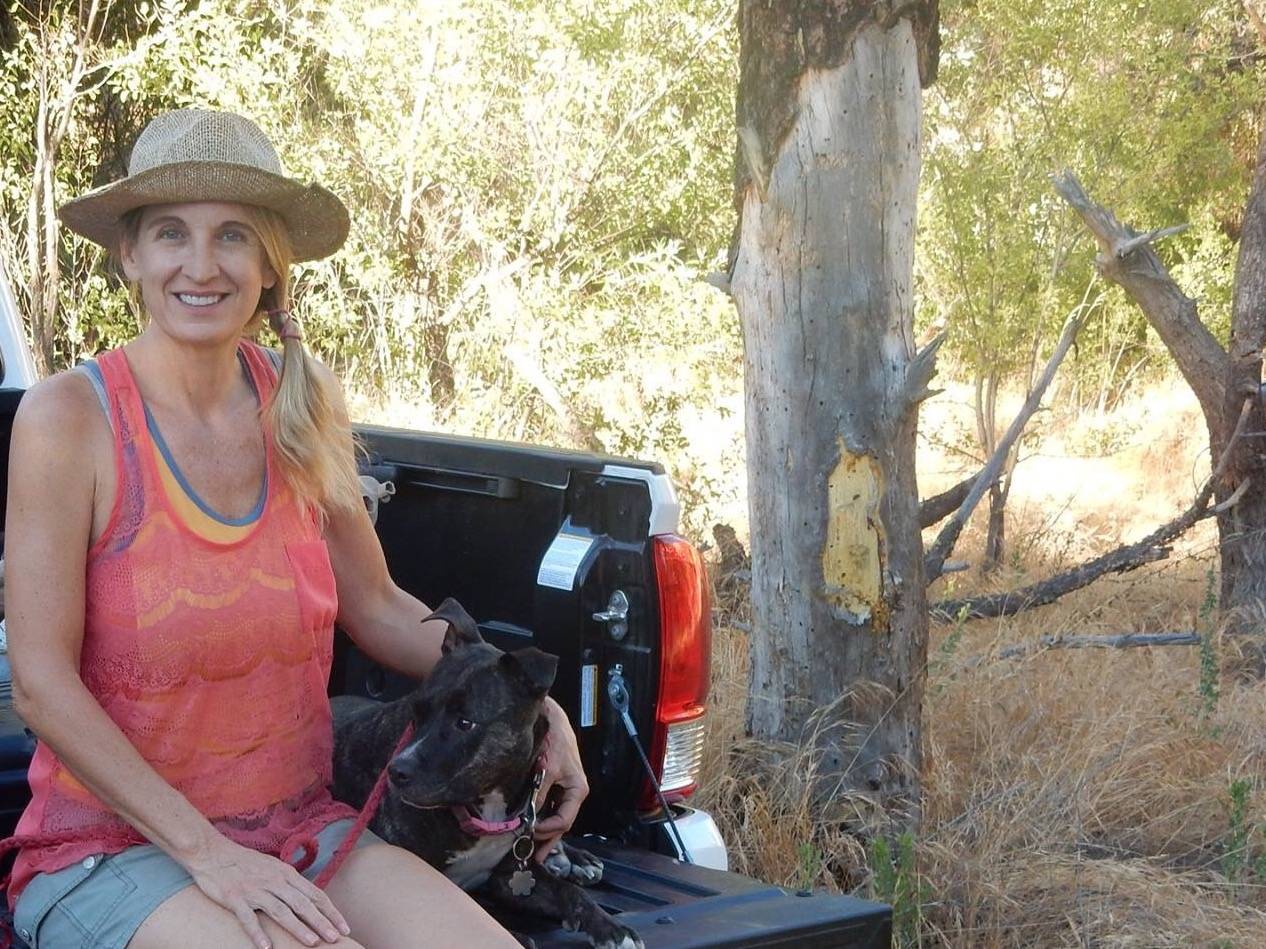 Chilin with Grandma
I have told Hope many tines  that she is officially relieved of her duties to  enjoy her “golden years.” Of course she does not listen; true 😇Guardian Angels 😇never do… HOPE continues to make sure our son is taken care of first!
I would like to personally and publically thank God and all of those involved in Hope’s & our son’s “Second Chance “ 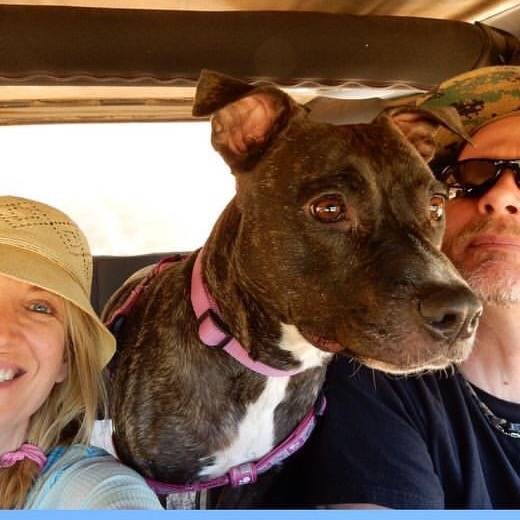 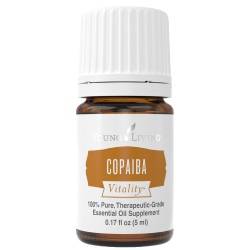 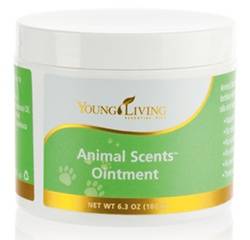 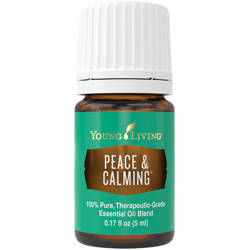 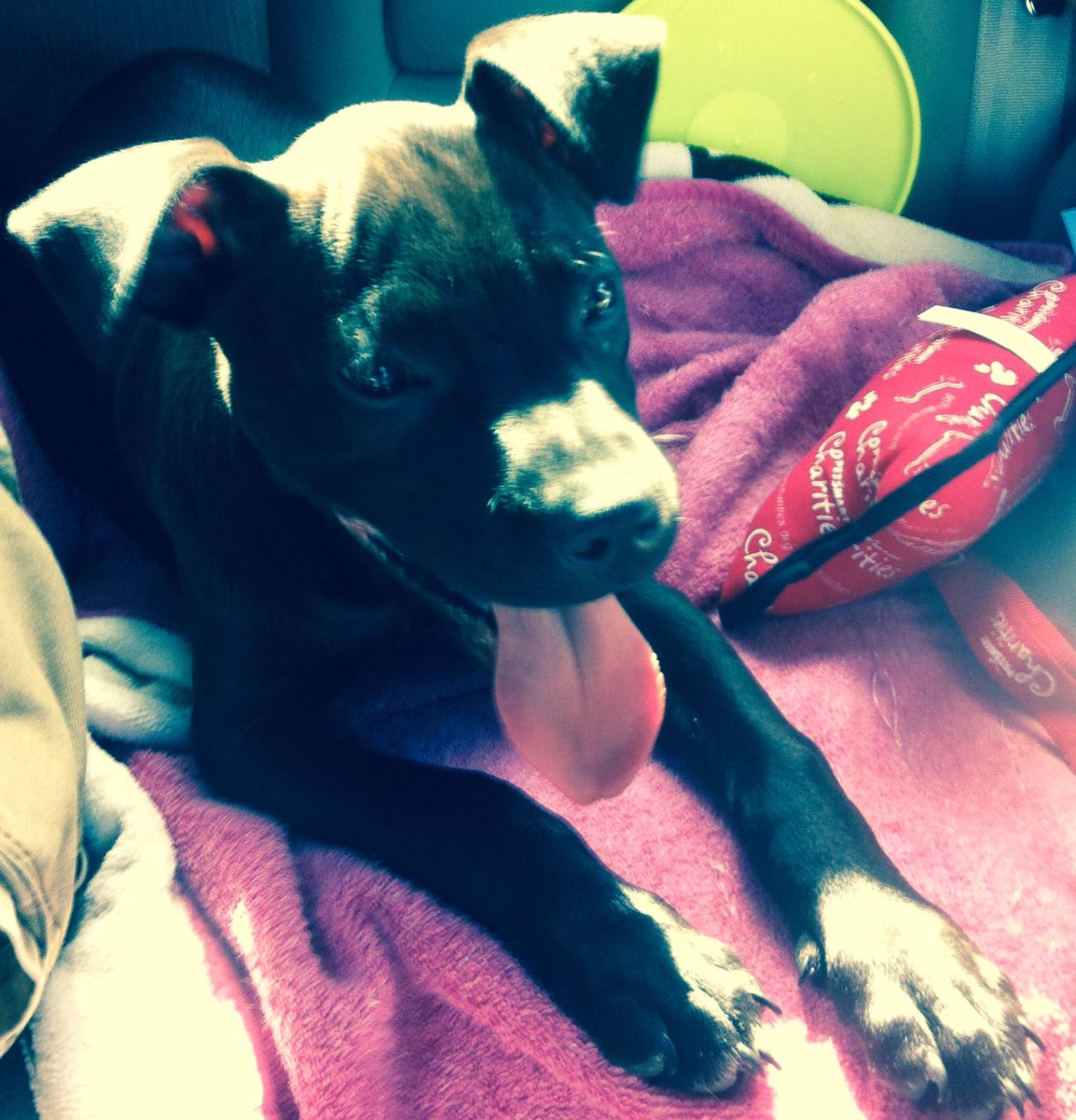 The Fab 5 Family’s Pit Bulls: How Pit Bulls Rescued US! Part 4: A by FAITH Adventure 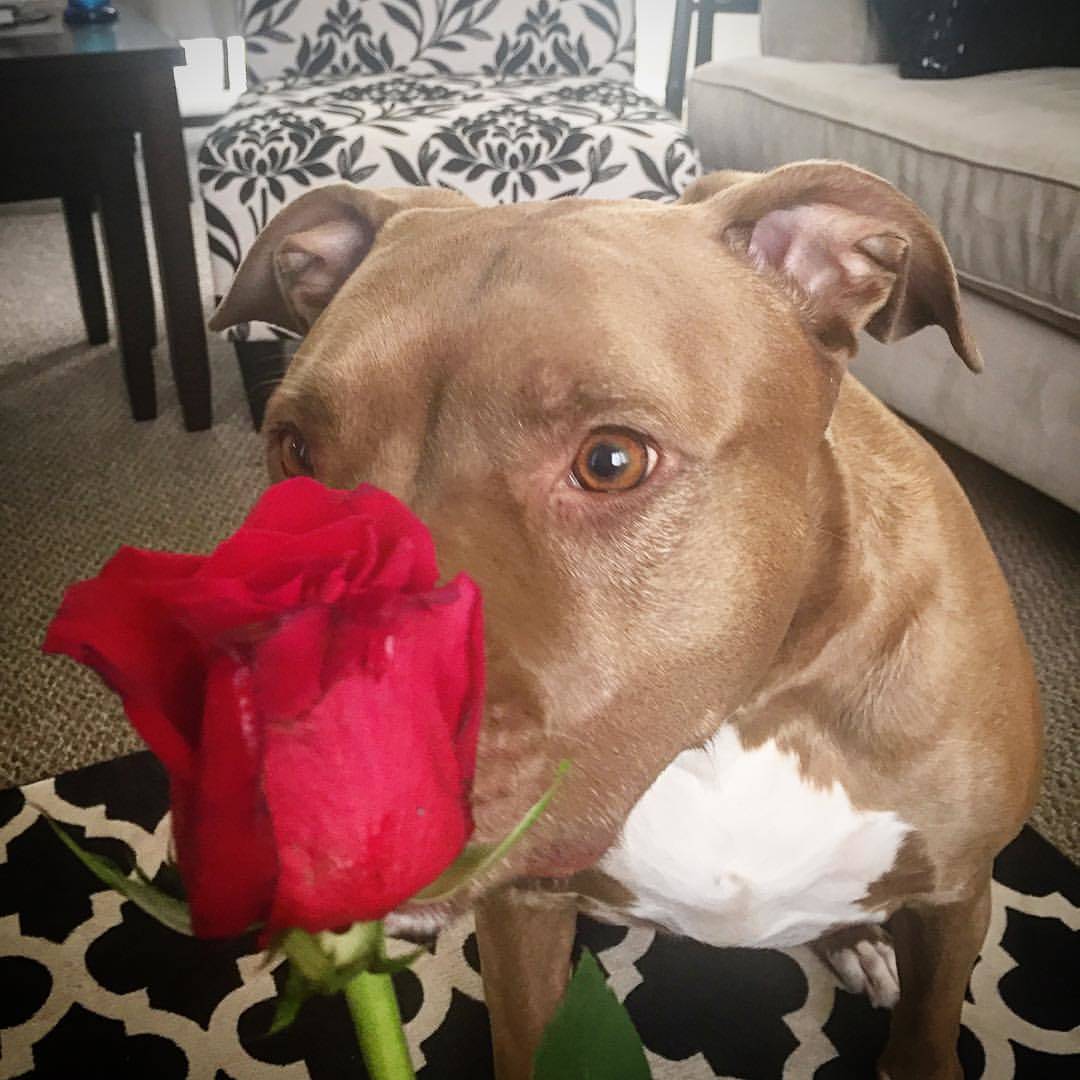 The Fab 5 Family's Pit Bulls and How Pit Bulls Rescued US! Part 2: A Gift of GRACE 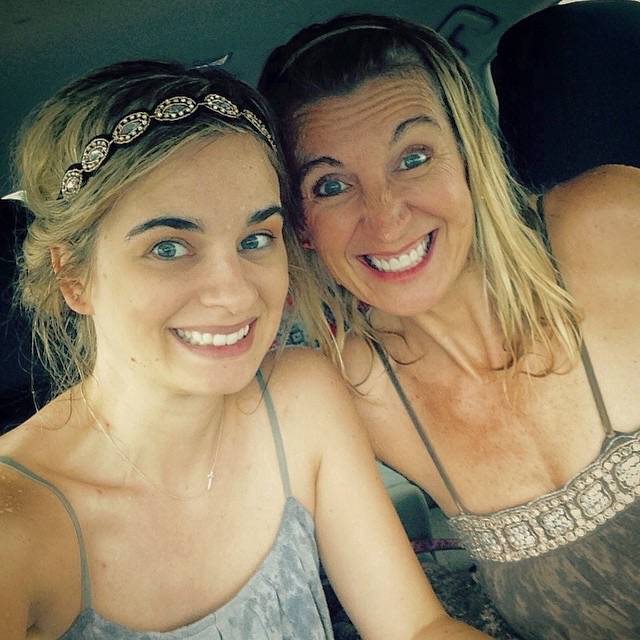 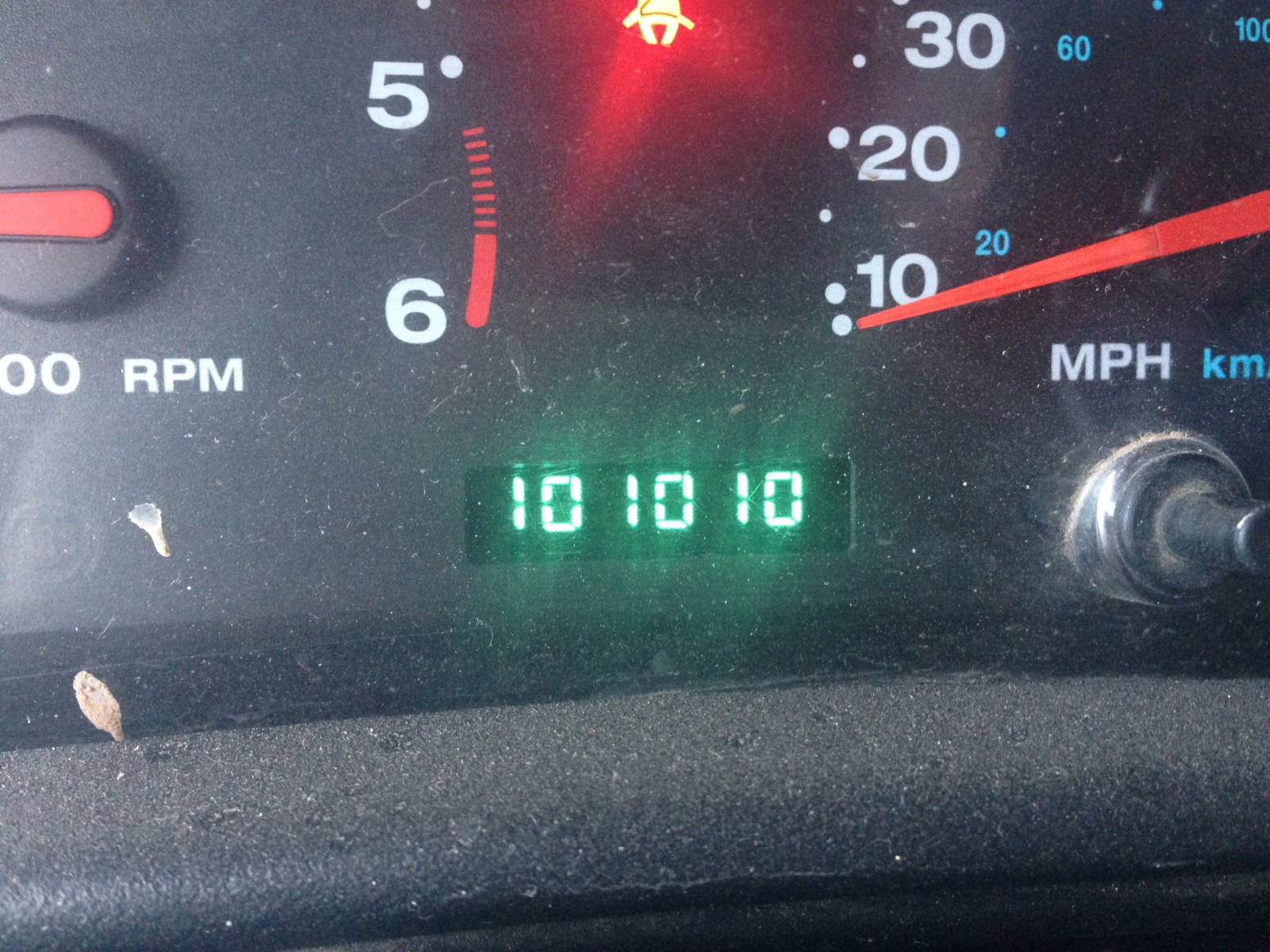 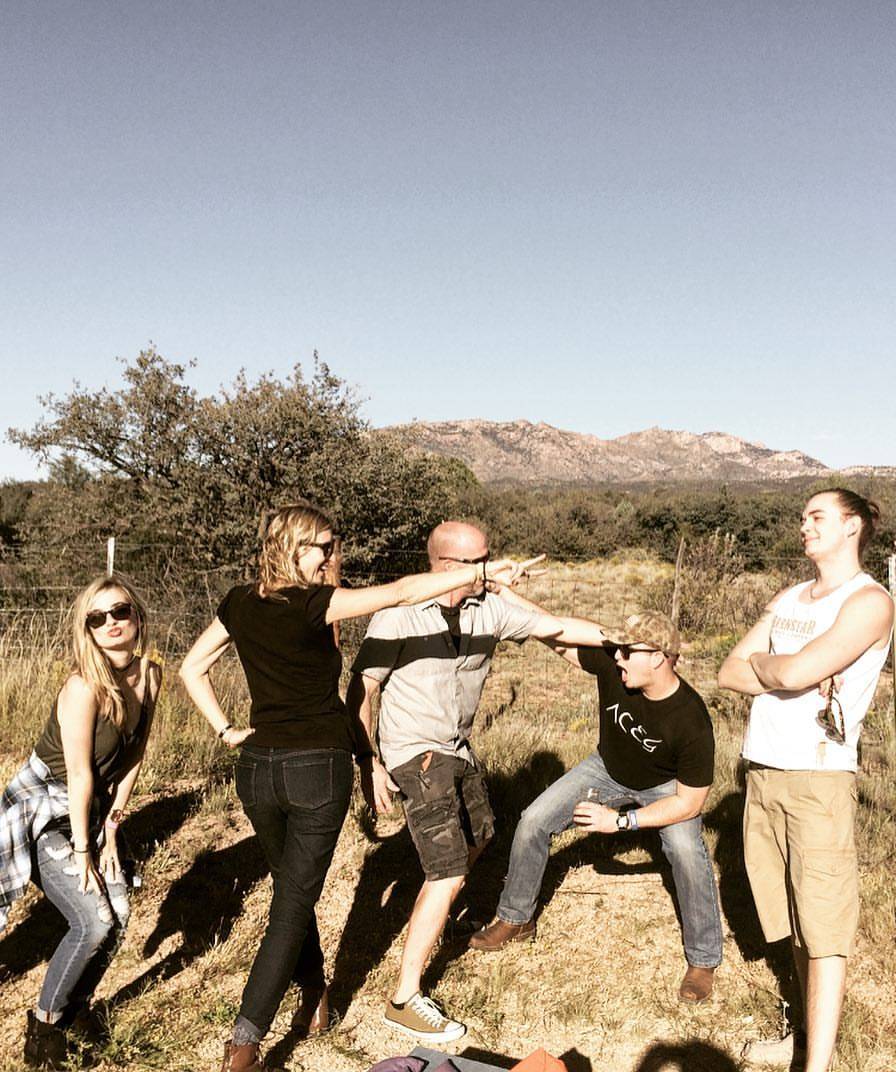 The Fab 5 Family's Pit Bulls and How Pit Bulls Rescued US! Part 1: ROCKY

The Fab 5 Family's Pit Bulls and How Pit Bulls Rescued US! Part 2: A Gift of GRACE

The Fab 5 Family's Pit Bulls and How Pit Bulls Rescued US! Part 3: A Passageway to HOPE

The Fab 5 Family’s Pit Bulls: How Pit Bulls Rescued US! Part 4: A by FAITH Adventure 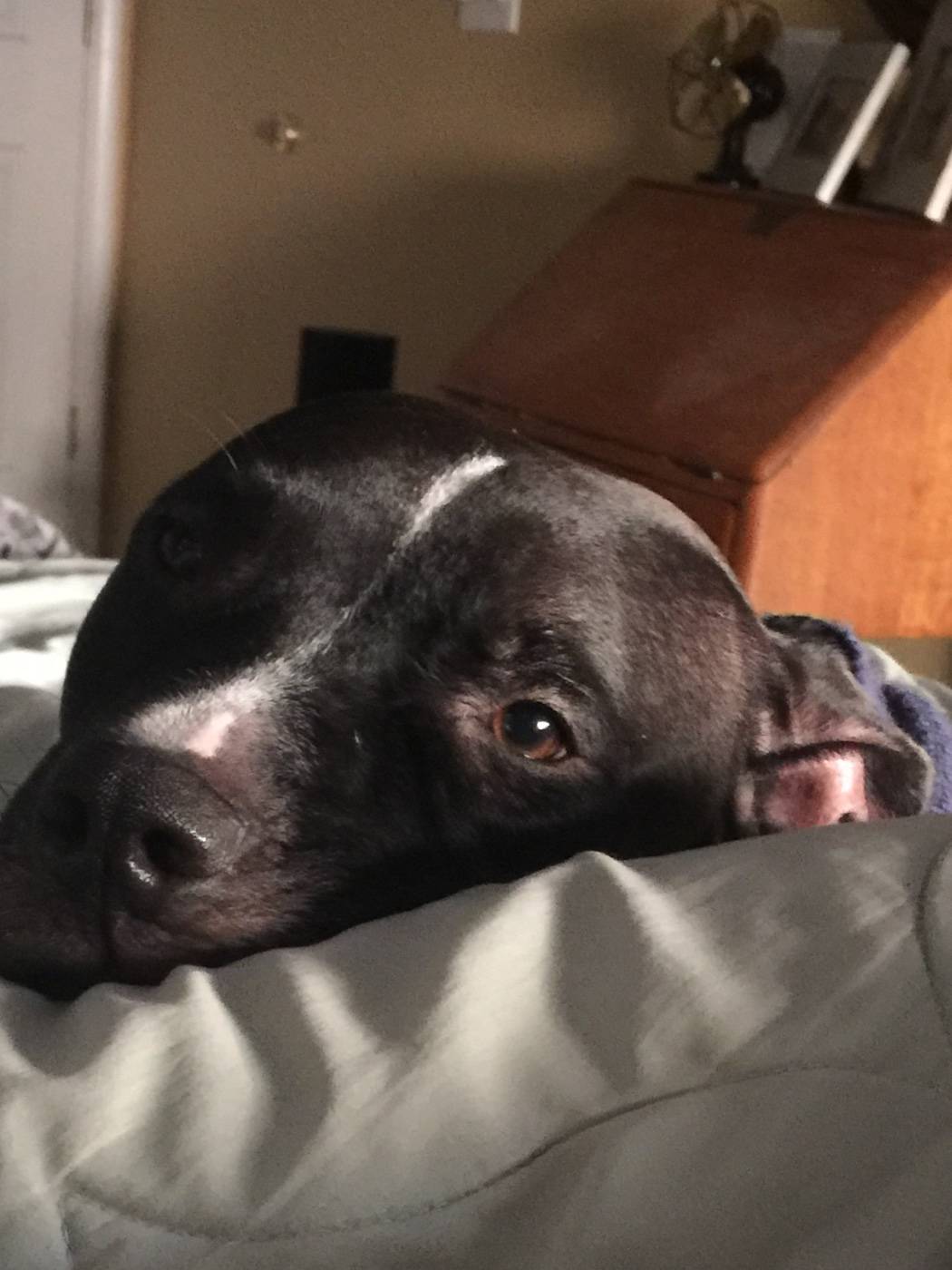 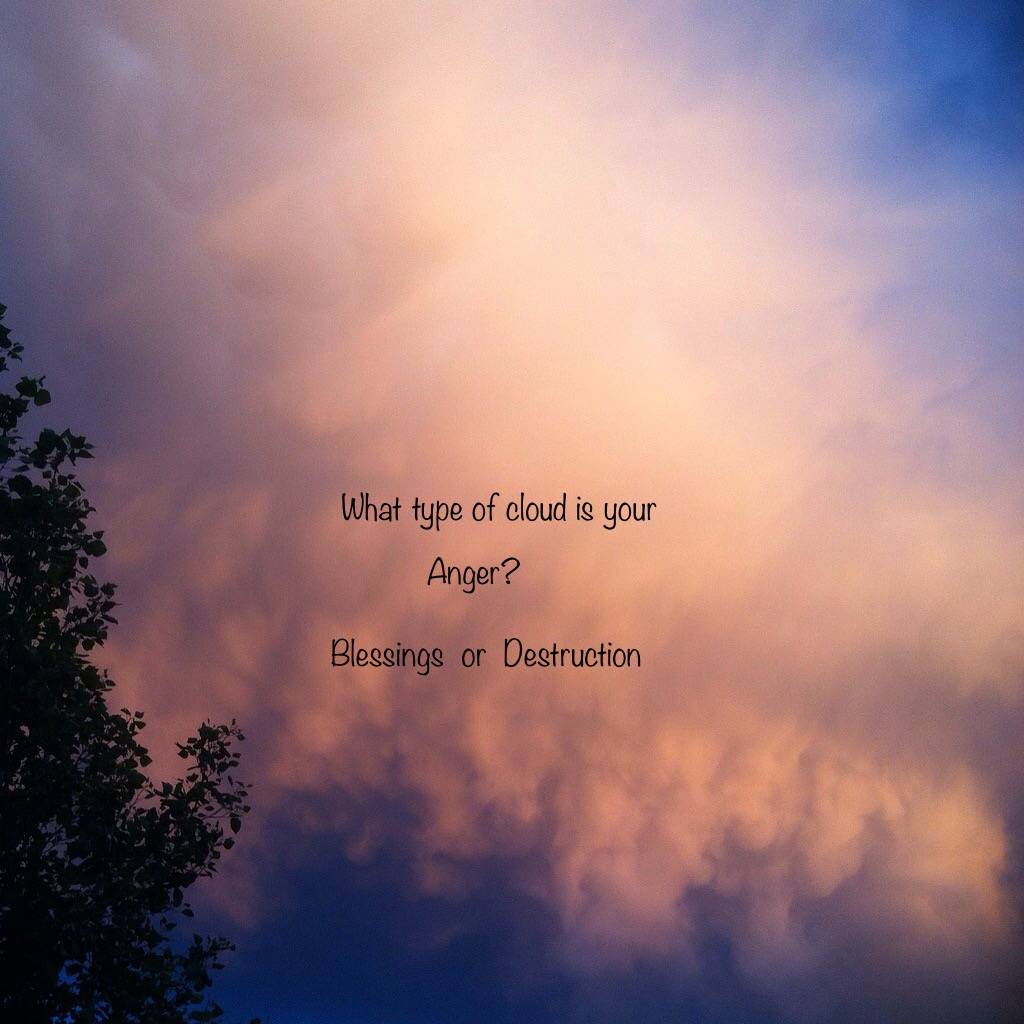 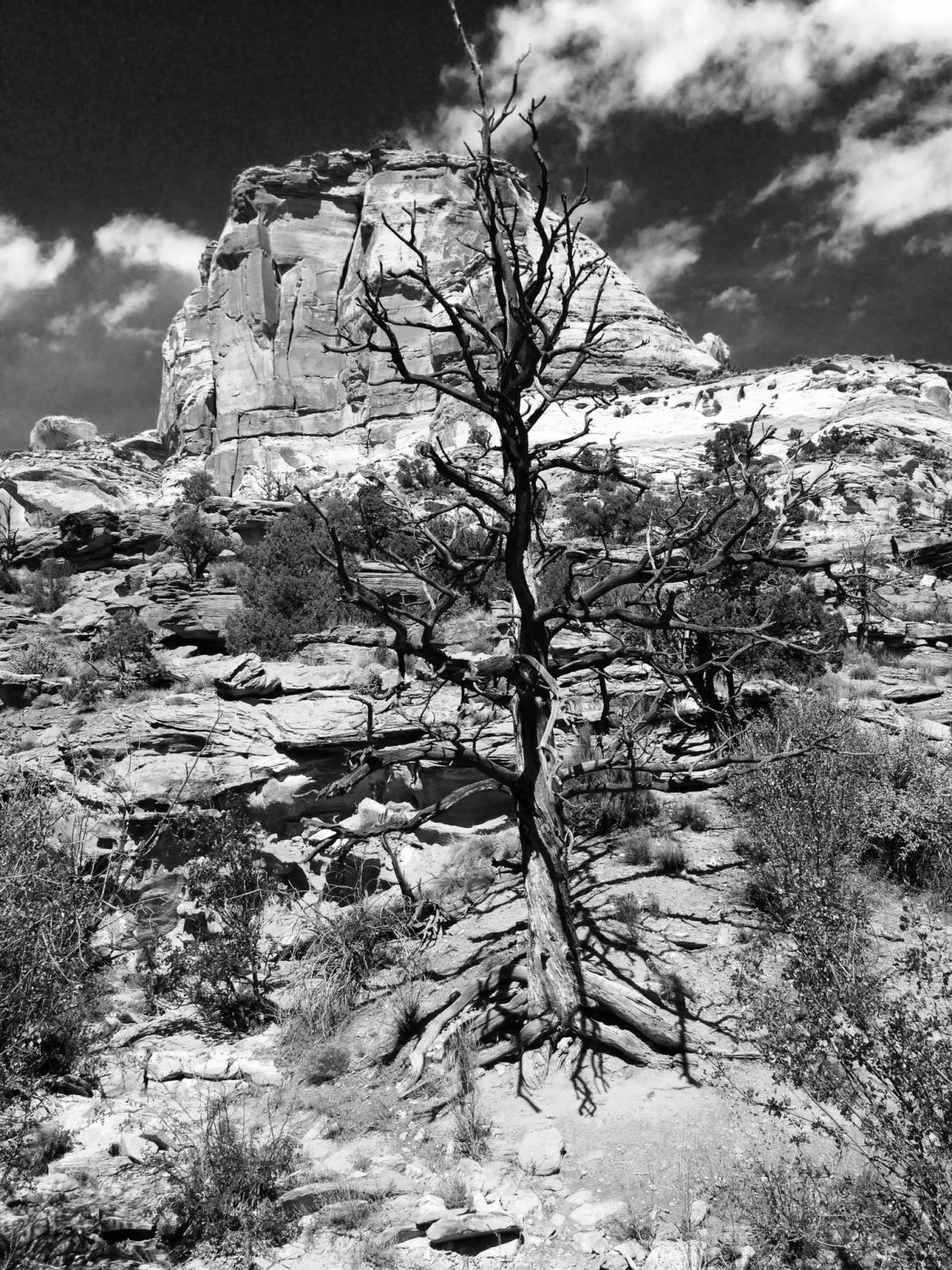 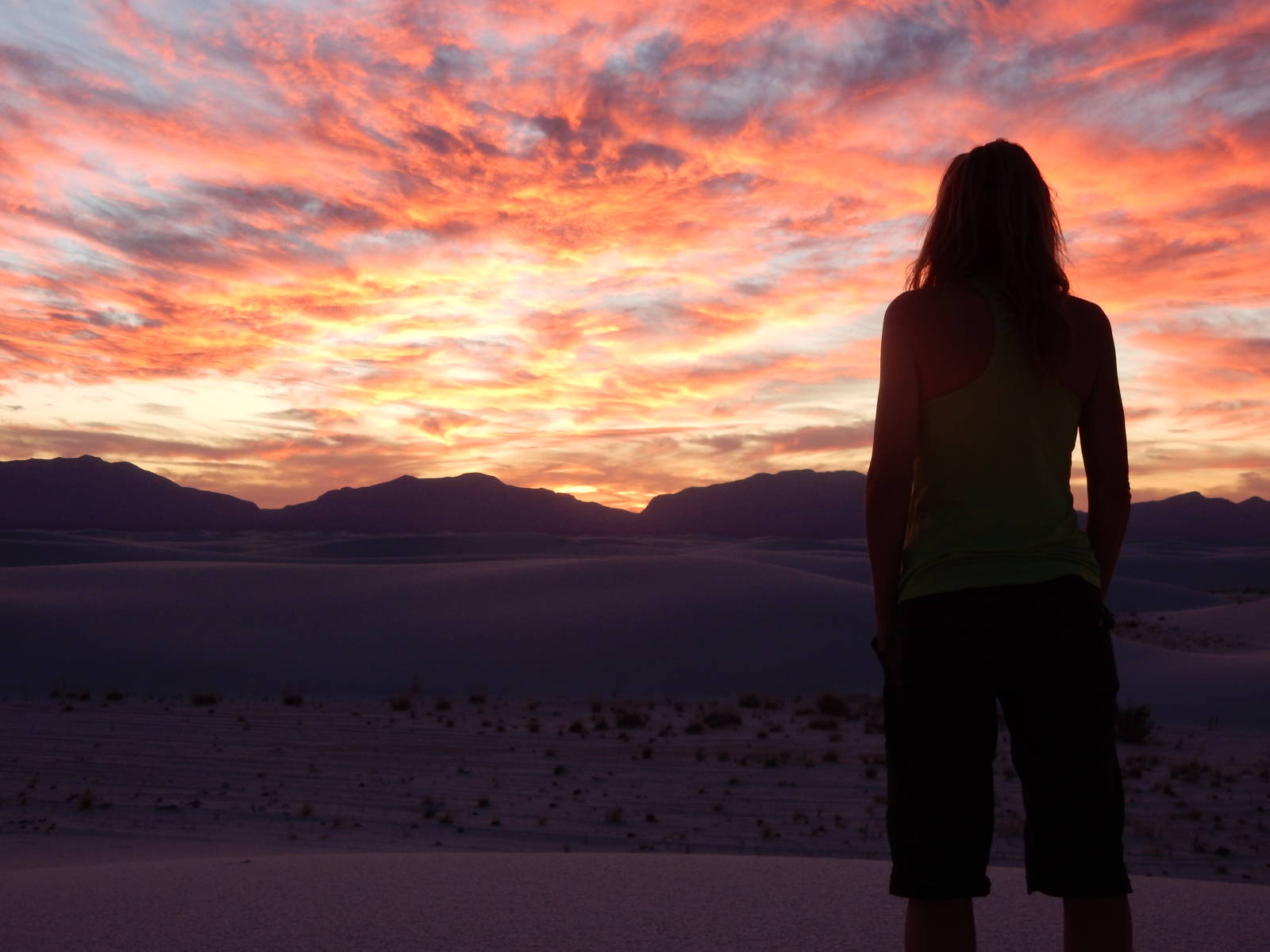 We are a lot like YOU!
We met in Jr high and have been married 36 amazing years! Surprisingly, to some, we are still crazy about each other…or just maybe crazy!  We have 1 daughter, 2 sons and love our pets like family!
In July of 2004…our world turned upside down! Cheryl was in a near fatal auto accident and was found unresponsive. She was air lifted to a head trauma facility in Phoenix… so began a change in our lives forever.
Young Living essential oils have helped in our healing…physically, emotionally and spiritually… and we want to help YOU!
We know how overwhelming life’s choices can be…. allow us to help…we can take away the confusion of how to live a healthier life using essential oils!
We will walk with YOU on your journey by listening to YOU!
We truly do “love what we do” because we LOVE helping YOU!